I’m often asked how I can afford to travel so much.  The answer is that I am frugal on my trips.  Many people that I have traveled with in the past would insist on staying at a luxury hotel on the beach for at least $250-300 per night plus an expensive dinner with drinks and dessert that could cost you upwards of $70 per meal.  I don’t need to do any of that, and it really does not add to my enjoyment.  I’m perfectly fine with using the public beach lots and if you arrive early enough, parking is not a problem.  If you travel just a few miles inland, you can score a deal for half price or even less.  I’ve been known to make an exception to the rule and stay on the beach during the shoulder season.  From late April through mid-May as well as October and sometimes into November, it’s usually warm enough to swim but prices will drop considerably.  It’s worth it to pay a few bucks more for a beachfront hotel but certainly not upwards of $100 more per night.  Also, I often find that it is more fun to check out multiple beaches on the same trip rather than be tied down to a single location.

A 4 hour drive may seem like a lot but if it’s split up over 2 days, it’s really easy.  Let’s say that you finish up your afternoon beach session at 5:00 PM.  You can eat dinner on the way, drive 2 hours and arrive at a Motel 6 or Super 8 at a decent hour.  The next morning, it’s an easy ride to your next destination.  Often, it will only set you back about $60 per night.  I've taken beach hopping road trips the last 2 weekends.

Trip 1- Left after work on Thursday and drove to Cordele, Georgia (between Macon and Valdosta) then ended up in St. Augustine, Florida (between Jacksonville and Daytona).  I'd probably recommend Jacksonville instead because it's closer but I had already been there.  In St. Augustine, I got to see the Old City with the fortress plus some lush palm trees and Spanish moss.  As far as the beach was concerned, the sand was a bit softer than Daytona and had a bit of a pinkish tint.  My only gripe was that the ocean floor was quite shelly.  A pair of aqua socks would have been appreciated.  Call me crazy but I like how it feels when a wave breaks on my neck and I don't mind the occasional wipeout even if I get a mouthful of salt water.  In this case, the surf was actually a bit too rough even for me.  Waves came one after another and I often got wiped out before I made it past the breakers.  Nevertheless, I caught more than a few perfect rides from chest high water all the way to the shore. 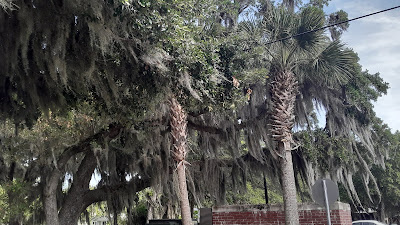 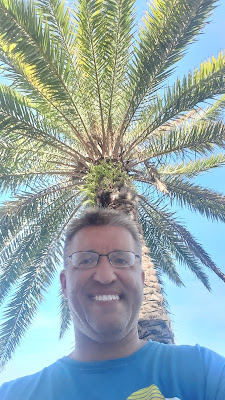 Friday- Spent the previous night in the Tallahassee area then took a short detour through the Forgotten Coast from Carrabelle to Apalachicola.  Parts of the road ran right along the Gulf.  The water here is not the best for swimming but still scenic nonetheless.  I arrived in Panama City to find calmer conditions with the usual sugar white soft sand and clear emerald water.  The waves here were still pretty high but much gentler with no wipeout potential.  It was enjoyable but more relaxing.  I hoped to see a nice sunset but unfortunately, the skies became cloudy in the evening. 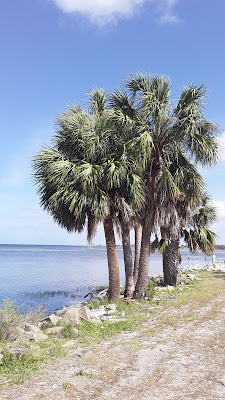 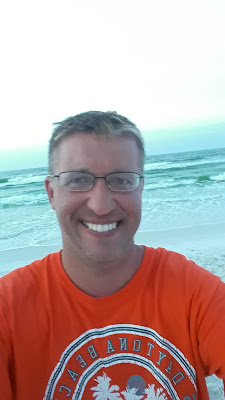 Saturday- Spent the previous night in Crestview, about 20 miles inland then drove to Perdido Key on the Alabama line.  After another enjoyable session that was slightly better than the previous day, I had a late lunch at FloraBama then headed home.

Trip 2-
For Memorial Day weekend, I figured that the beaches in Florida and Alabama would be PACKED so I wanted to go off the beaten path.  I would start out on the Bolivar Peninsula in Crystal Beach, just outside of Beaumont, Texas then hop back east.  Crystal Beach is about 9 hours from Birmingham so that's not bad if split up and can be done in one day if need be.  I would leave Friday afternoon and made it to Lafayette, Loosiana.  That's the correct pronunciation of the state west of Miss'Sippy. 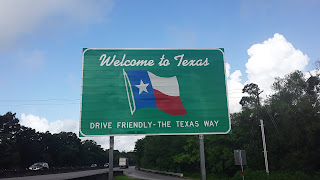 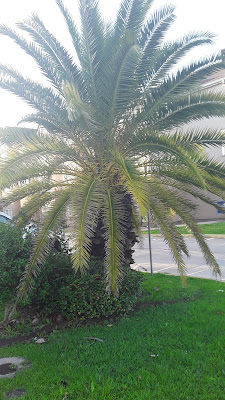 Saturday-
Made it to my destination pretty early.  The vibe on the Texas coast is totally different than FLA/ALA.  Here, the sand is hard and brown and you can actually drive and park on the beach itself.  Though the waters were uncrowded, there were plenty of people on the sand playing loud music that could be heard in the sea.  This place can grow on you.  Though the water with its brownish tint is not so great to look at, it feels just fine.  The surf was just strong enough to be exciting but I would not have called it rough.  Further south, in Port Aransas and South Padre, the beaches are much nicer with clearer water.  I ended my session around 5 PM then headed back east for a Loosiana Saturday night.  Yes, I played Mel McDaniel's song several times along with a cover. 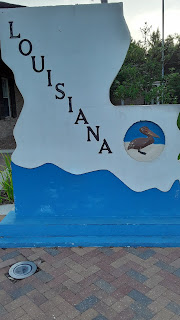 Sunday-
Cajun coast day.  Left Lafayette and it was another 3 hours to Grand Isle.  I have been to the Cajun Riviera before around Holly Beach about 4 year ago.  I found it to be unspectacular.  The water and sand were muddy brown with no wave action.  Lake Charles looks to have a nice swimming area but Grand Isle, a full 2 hours south of the city of New Orleans, is the only place in the state with ride-able waves.  The water here looked less inviting on the surface but still felt fine.  I'm sure it's safe for swimming but I would not have wanted a mouthful of that water on a wipeout.  Fortunately, the surf was fairly calm though once again, I got plenty of good rides on the board.  Overall, it was worth seeing for something different but I am unlikely to return as it is just too far out of the way.  On the plus side, if you are worried about the coronavirus, this beach probably will not be crowded even on a holiday weekend.  I had to leave a little early to ensure that I would make it to the Miss'Sippy Sound before sunset.  That's the correct pronunciation of the state to my west.   Here, the sand is as white as FLA/ALA but the water is still brown with no wave action.  However, if you take a short cruise to Ship Island just off the coast, it supposedly rivals the beauty of the Emerald Coast.  Unfortunately, tickets were sold out for Monday so that will have to wait. 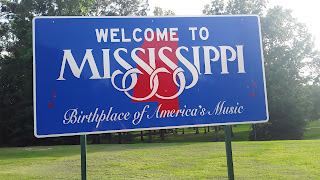 Monday-
Plan B was to head back to Ala-dam-bama at Gulf Shores and it worked out just fine.  The beauty of the beach puts all the others to shame and the surf was excellent too.  After an epic session, I had to leave before it got too crowded.  Good thing I did because traffic was rough coming home.  It took 2 hours longer than expected. 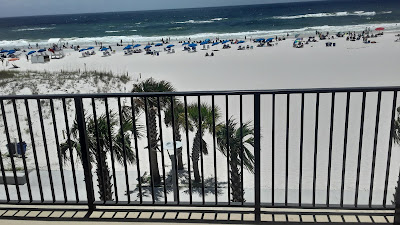 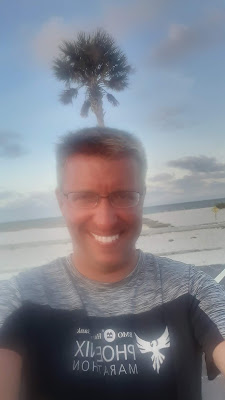